Winter is the time to Come Catch the GLOW!

As long as there’s snow on the ground you can take either a one-horse drawn or Austrian (two horses) sleigh ride through the countryside. The Omni Mount Washington Resort in Bretton Woods has daily sleigh ride options.

Carriage rides are offered year-round at Mount Washington Resort as weather permits. Sleigh rides are offered during the winter as conditions permit from mid-December – mid-April. Click here for more information.

Horse-drawn winter wagon rides are available by appointment and make a perfect add-on after your breakfast or on your tour during maple season.

Unique ways to have Winter Fun in New Hampshire.

Take your family on the thrilling zipline adventure on the slopes of Bretton Woods! This 3-hour excursion offers both a thrilling experience and an intimate look into the wilds of the White Mountains, with sweeping views of Mount Washington and the Presidential Range.

The experience is built using hundreds of thousands of icicles hand-placed by professional ice artists. The castles include breathtaking LED-lit sculptures, frozen thrones, ice-carved tunnels, slides, fountains, and much more.

You can get your mush on at Muddy Paw Sled Dog Kennel where they offer a variety of dog sledding adventures from their kennel in Jefferson, NH. With tours ranging from introductory experiences to interactive clinics, they have a winter trip for guests ages 2+.

Go off-roading in the 6 wheel drive swizz army transport vehicles called Pinzgauers. Our Pinzgauers have modified seating to accommodate 11 guests in bucket seats with lap belts. We padded the overhead cages. On nice days we’ll take the top off to enjoy the ride. Our driver will entertain you on your journey. Exciting ride to the summit of Barron Mountain with panoramic views

Cog in the Winter – at The Mount Washington Cog Railway

Explore higher elevations of the White Mountains at the Cog Railway – throughout the winter their trains terminate at the Waumbek Station, located in an alpine meadow at roughly 4000’ and, in clear conditions, provide spectacular views to the north and west. Passengers can leave the train for about 25 minutes to enjoy complimentary hot refreshments, warming huts, and a fire pit.

Bretton Woods is the state’s largest ski area, Cannon Mountain is the highest and arguably most challenging. And families flock to Attitash, Loon Mountain, Waterville Valley Resort, and Wildcat, too. Then there’s Tuckerman Ravine: in a daredevil class all its own.

Where will you begin your Adventure?

Looking to learn the basics of knitting? Join Beth for this 6 week class. Learn to knit a sampler scarf. Class size is limited. Cost for the 6-week session is […]

Join us for a celebration of the season of love. A special collection of artwork, from a variety of New England Artists, makes your Valentine shopping easy. Whether you are […]

PAVILION welcomes Executive Chef CHRIS VIAUD and his culinary team from Greenleaf as they prepare a special menu for the evening. Watch for MENU Details. Reservations open on JANUARY 19th […]

World Tavern Trivia Every Thursday Night at 6pm! The Bob House And The Reel 'N Tavern is a great family restaurant owned and operated by Jonathan and Megan Mills and […]

Local Holiday Theatre in the Lakes Region of New Hampshire

The Winnipesaukee Playhouse is a nonprofit organization that serves to develop and stage professional and community-based theatrical productions and to provide opportunities in theatre and the performing arts for the community.

We aim to provide a fun and challenging theatrical environment for all Lakes Region locals and visitors in both performance-based and educational arenas. Whether your interest is to be onstage, behind-the-scenes, or in the audience, The Winnipesaukee Playhouse has something for you!

The Playhouse was founded in 2004 with the vision of bringing quality arts and arts education to The Lakes Region. The theatre has become a cultural gem in the area winning both critical acclaim and becoming an important outlet for the performing arts in central New Hampshire.

First opened in 1914, the Colonial Theatre was designed by George I. Griffin. Original owner Benjamin Piscopo was from Venice, Italy, and the theatre featured a fire curtain depicting Venice as seen from the water. The theatre hosted a variety of stage productions and photoplays. By the early 1930s the Colonial had pivoted to show motion pictures. In 1983, the theatre was divided up into 5 separate movie screens. In August of 2002, the theatre closed after 87 years of operation.

On June 15, 2015, the City of Laconia announced a partnership with the Belknap Economic Development Council (BEDC) to purchase, renovate, and reopen the Colonial. 609 Main Street LLC was created to conduct the capital campaign for the renovation. The restoration of the Colonial began in March of 2016, and is scheduled to conclude in early 2021.

The newly reopened Colonial Theatre has a seating capacity of 761, and plays host to a wide-range of performances, including music, theatre, comedy, and civic events. The Colonial Theatre is managed by Spectacle Live, and is home to the Powerhouse Theatre Collaborative, program of Belknap Mill.

The Lakeport Opera House is in the heart of the Lakes Region. They are an elite venue offering a blend of high-end style and historic charm. They offer live musical performances, theatre productions, and other community-focused events. This 140-year-old building has been beautifully renovated and is also available to host corporate events and other private gatherings.

Welcome to the world of “REDONKULOUS”, where anything & everything happens. With the natural progression of 3 crazy guys who have performed worldwide, including 4,000 shows in Las Vegas, the time has come for the ultimate party. Two years ago, we broke ground in building our own venue, “The CAKE Theatre.” We are the only band in the country to fully own their venue and produce/perform their own shows! We spent millions to create the ultimate Las Vegas experience not in Las Vegas but in our home state of New Hampshire.

About the CAKE Theatre
Recycled Percussion is making history. After two years in the making, millions of dollars invested into the project, and hundreds of hours of creative design, we present to you The CHAOS & KINDNESS EXPERIENCE, better known as THE CAKE. THE CAKE Theatre is Recycled Percussion’s very own performance venue, as well as a venue available for much more.

Looking to sample the flavors of the Lakes Region? Plan your culinary adventure here! 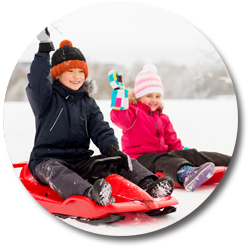 Looking to get out and catch the natural beauty of the Lakes Region? Lace up your hikers and get going!
Learn More 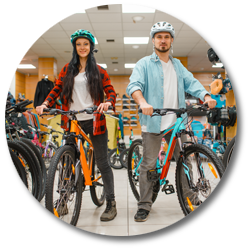 With specific item in mind or just looking for something you’ve never seen before… the Lakes Region is the place!

Let's keep in touch! Give us your information below and we'll keep you up-to-date on all of the fun happening in the Lakes Region of New Hampshire!